I enjoy using the digital modes and have made many contacts using my KX3.  Recently, I found on the internet some information about modifying the heatsink on the KX3 to allow more power…up to 8-10 watts.  I found W5TOM’s page very helpful, and it appears that there are now other Hams that are creating their own mods for sale.

Here are some photos of my creation.  I’d like to powder-coat the outside eventually.  Remember that any areas that you want to transmit heat need to be bare. 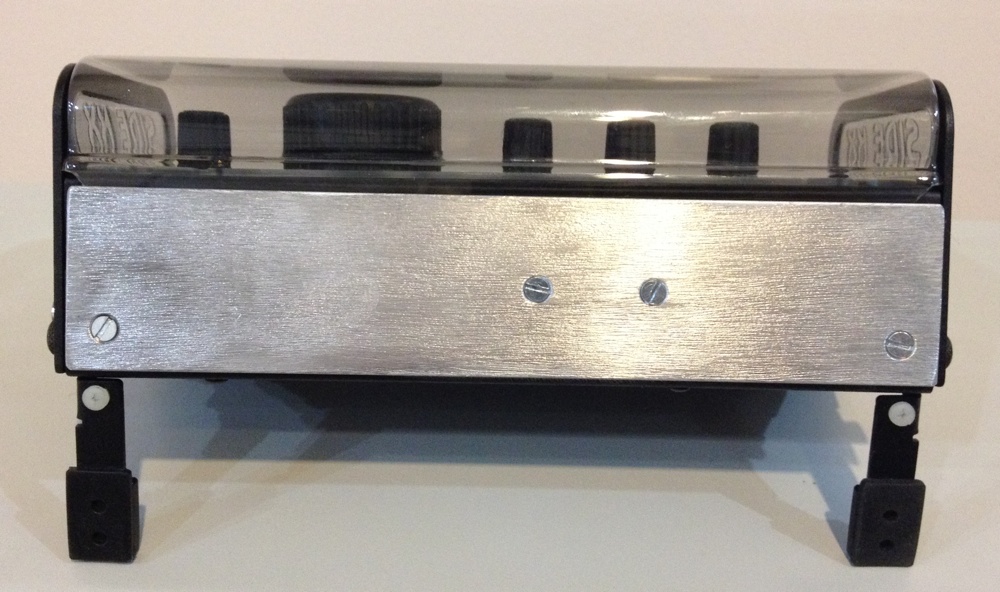 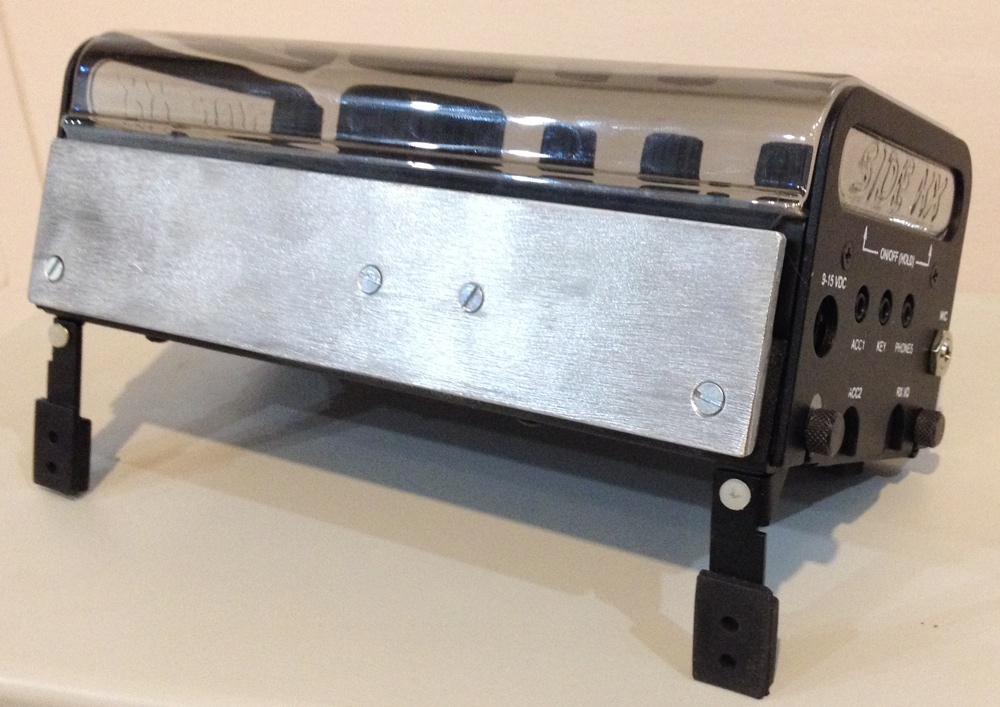 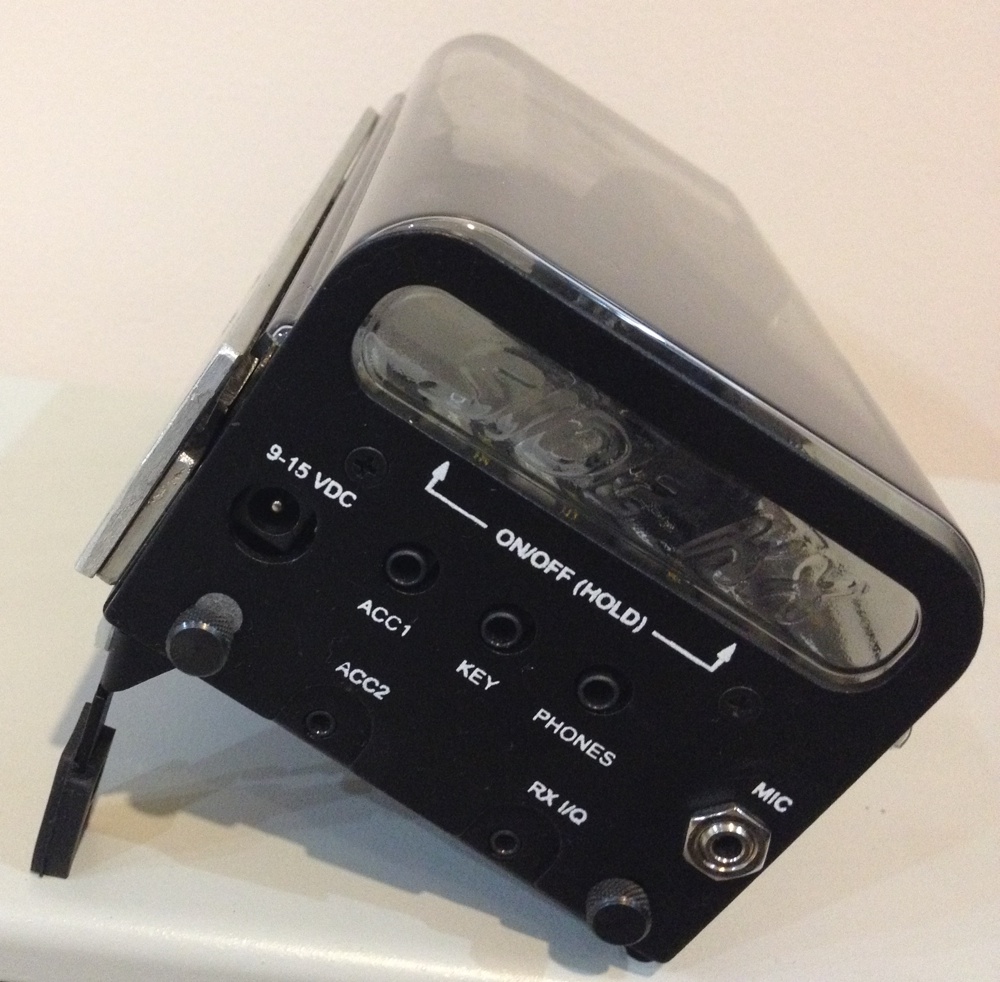 I’ve spent the better part of a day updating my radiation monitoring computer.  Not wanting to use all the energy of a full desktop computer, I’ve decided to move the installation to a small netbook that’s been laying around.  About a year ago, I purchased a USB converter for the Aware Electronics RM-80 geiger counter and I finally decided to install it.

Needless to say, it has taken way longer than I had hoped.

First, installation of the software was not completely straight forward.  The software from Aware Electronics is somewhat complex in there are many different components and the documentation is a little haphazard – you definately need to “dive in” and read it all if you are going to do anything more than basic.  For me, I am very specific about the type of graphs that I wanted.  The scripting is a llittle complex, and when I had previously ventured into this area, I should have commented the .BAT files a little more.  One can never remember the fine points of these things several years later.  As there is a .BAT file on this site, I will be uploading an update that is well commented for those of you who might be interested in emulating it.

Next was the other programs that needed to be updated.  First, the windows remote desktop  was not working.  About 2 hours was spent on that…until it came to my attention that XP Home edition doesn’t have that functionality.  A Google search did come up with a solution…and now the remote desktop works.

Finally, I needed to transfer all the other “glue”-type programs and get them working.  Specifically, I needed to re-setup Watch4Folder and WinSCP to upload the pictures.  Again, a good reason to remember to comment liberally when writing script files.

So now, basement radiation is being monitored on the low-power netbook, and is now being tracked by microSeiverts, whereas it previously was reported in microRoentgens.  The Seivert is a more common measure of radioactivity and thus I felt it best to update.

Finally got around to fixing my weather page.  It’s now updating weather hourly.

We lost power two nights ago for some unknown reason.  It wasn’t raining, snowing, windy or anything else.  I guess just a random event.  Either way, when I went to power up my box that collects satellite images, it failed to boot.  It was a dual-boot box that had Ubuntu loaded.  Somehow it seemed the boot loader for windows became corrupted.

Luckily, I didn’t have to reinstall windows and my other software…which would likely be several hours of computer hand-holding.  But, I also did not have any backups made.  So, the issue now has been what backup software to use.  There are many out there, but I think I’ll go with Macrium for now.  They have a free version that will image the drive, which for a computer that only collects data, should be enough.  At this point, I just want a basic image that I can use in case of disaster.  I the future I can think about differential updates and such.

Currently, I’ve shut down data collection and am defragmenting.  Then I’ll image the drives (one box for seismography, radiation and weather, the other for satellite images.) and keep that safe somewhere.  My advice, as you have all heard before, is that disaster strikes and a simple plan can keep you out of serious trouble.

I continue to add some pages to the site.  I’ve moved and updated my seismometer pages over and hope to complete the remaining sometime soon.  Most of the previously posted monitoring data is now posted, including seismic data, radon data and weather satellite data.  Still needed to do is local weather.  I still need to work a little on the static pages that I created as the “home” link is broken, from when I moved wordpress from the /wp directory to /blog directory…but then decided that it was better to actually have it in the /wp directory for update reasons.  The work continues…

I would love to be further along with this site, but I seem to be encountering difficulties with my web host.  I have moved everything to Namecheap (who hosts my domains).  But, I seem to be getting blocked.  Now, to be fair, I’m getting blocked because my automated FTP software is causing some problems on my side, and Namecheap is interpretating that as an attack on my site.  I thought it was fixed, but this morning I found I was blocked again… my weather update software had somehow come alive again, and with 20 failed FTP attempts, I was blocked again.  I’ll have to contact tech support again when I get home.

I have just started this site, and am new to wordpress and the whole blogging thing.  As I get things up and running I’ll post more.  Thanks for taking the time to look.